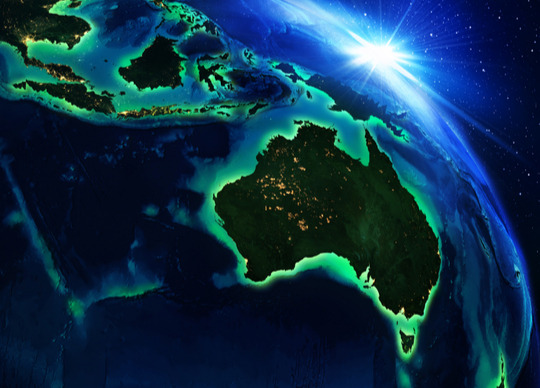 The first stone has today been turned in the construction of a new deep-space antenna in regional Western Australia, as part of a multi-million dollar collaboration between the Australian Space Agency and the European Space Agency (ESA).

The agencies will work together to develop the crucial new infrastructure as part of the expansion of the New Norcia deep space tracking station, located about 130 kilometres north-east of Perth.

The Australian Government is investing $4 million into the almost $70 million project in a project that has already leveraged roughly $29 million in contracts for Australian suppliers.

The new antenna will support ESA’s deep space missions, working together with antennas based in Argentina and Spain to provide uninterrupted communications with spacecraft exploring the Solar System, visiting asteroids or keeping close watch on our active Sun.

The new infrastructure will feature advanced deep space communication technology, including a cryogenically cooled ‘antenna feed’ which can increase data return by up to 40 per cent.

The new antenna is expected to begin operating in early 2025.

Australia and ESA have had treaties in place since 1979 to enable ESA ground stations on Australian soil to track spacecraft and interplanetary missions.

Ed Husic MP, Minister for Industry and Science, said: “This project will further strengthen the long and prosperous relationship between Europe and Australia, particularly in scientific endeavours related to space. This antenna will help deliver uninterrupted communications with spacecraft which are out exploring our Solar System, testing planetary defence and watching our Sun to help protect our planet from hazardous solar activity. Through this investment we are creating economic and job opportunities for local contractors, as well as a lure to reverse the brain drain and bring home our best and brightest.”

Head of the Australian Space Agency Enrico Palermo said: “The Australian Space Agency is excited to deepen our relationship with ESA, as we look to continue to grow the local space sector. This project will extend Australia and Western Australia’s pedigree and heritage in deep space communications, which can be traced right back to the 1950s. It will also unlock the exchange of new technical know-how, as Australian suppliers help design, develop and test the antenna.”

CSIRO Chief Executive Larry Marshall said: “CSIRO has collaborated with international space missions since the early 1960s, developing solutions from this science, inspiring the next generation of scientists and driving innovation through global partnerships. This new antenna will support humanity’s exploration of our vast Solar System, help build our understanding of our Solar System and the Universe and create the exciting new jobs of the future in the Australian and international space industry.”

European Space Agency Director General Josef Aschbacher said: “The new antenna will ensure Europe’s continued autonomous capacity to fly pioneering exploratory missions as well as to support upcoming space safety missions including Hera and Vigil. It will also strengthen ESA’s important relationship with Australia while helping ensure we always get the most science out of every mission.”