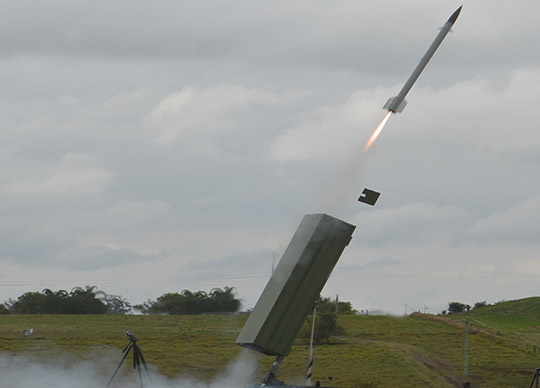 After testing rockets earlier in the year to start the process of integrating a guidance system, BSA Chief Executive Officer Blake Nikolic said it was time to start on the rest of the missile system.

“If we are serious about having a homegrown Guided Weapons and Explosive Ordnance (GWEO) capability, we can’t sit around and wait forever while everyone sees the threat scenarios growing,” Mr Nikolic said.

“We were inspired by the fighting spirit and innovation of the Ukrainian people, and realised we had to take our expertise and start building Australian Industry Capability for guided weapons” he said.

The BSA team conceived the idea for a light, portable and versatile missile after seeing the need in Ukraine and recognising how such a system could be employed creatively for national defence.

“The 1st generation guided weapons launch pod we tested helped us refine and prove our concepts and allowed us to take another step toward an integrated system,” Mr Nikolic said.

“We are proud to be working with other Queensland companies to produce the guidance system and we expect to have the system at Technical Readiness Level (TRL) 7 within months of receiving regulatory clearance to test fire the longer-range missiles.”