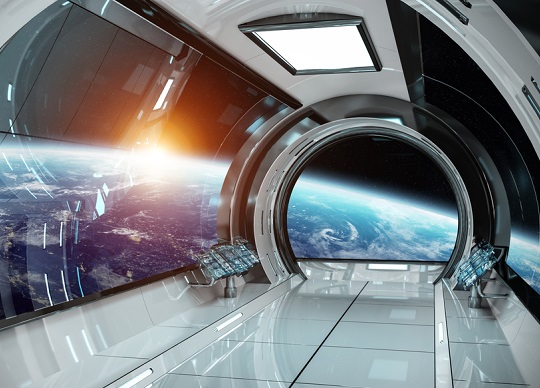 The following three concept plans, have been developed looking at current technologies, and spacecraft prototypes, and a possible future direction as these technologies develop and converge leading to the creation of an Interplanetary Ship to travel from Earth to Mars. The plans are intended as a guide identifying technologies, and industry organisation and direction that are currently being developed in the context of possible future missions to Mars. The second plan looks at creating a true Interplanetary Ship, it looks at how this will likely be convergence of three types of propulsion, creating a craft able to land anywhere, and using a Nuclear Thermal Propulsion Rocket Engine Drone-Tug in Low Earth Orbit, for fast transport from Earth, to Mars and the other Solar System Worlds. The third plan, illustrates a possible future scenario, based on the concept using a Nuclear Thermal Propulsion Rocket Engine Drone-Tug to take an Interplanetary Ship from Earth to Mars. The Drone-Tugs have their own fuel tanks and a Nuclear Thermal Propulsion Rocket Engine. The Interplanetary Ship is launched into Low Earth Orbit. It acquires its Drone-Tug, and uses this to reach Mars. Reaching Mars, it detaches the Drone-Tug, and starts to use its two other forms of propulsion. The Ship flips into reverse using its main chemical propellent rocket engines to start shedding excess velocity as orbit insertion burns. The Ship’s engine thrusts in its direction of travel for a specified duration to slow its velocity relative to the target body enough to enter into orbit. Once the Landing Base Camp site has been identified, the Ship begins its final controlled descent landing using its gimbaled smaller chemical propellent landing rocket engines, deploying its landing legs to settle on Mars’ surface at the Landing Base Camp.