The proposed telescope project, named TOLIMAN, will scour the so-called Goldilocks zone just over four light-years away from Earth. Scientists believe temperatures on potential rocky planets there could allow for liquid surface water.

“Getting to know our planetary neighbours is hugely important,” said Project leader Professor Peter Tuthill from the Sydney Institute for Astronomy at the University of Sydney.

“These next-door planets are the ones where we have the best prospects for finding and analysing atmospheres, surface chemistry and possibly even the fingerprints of a biosphere – the tentative signals of life.”

Alpha Centauri is a triple star with two stars very like our Sun. The team believes either or both may host temperate planets. The third star, the red dwarf called Proxima Centauri, is already thought to have one planet in a Goldilocks orbit.

The proposed TOLIMAN space telescope will use a new telescope mirror pattern known as a diffractive pupil. Rather than concentrating the starlight into a tight focused beam as is usually done for optical systems, TOLIMAN has a strongly featured pattern.

This pattern will spread starlight into a complex flower pattern that makes it easier to register the fine measurement details required to detect the small wobbles a planet would make in the star’s motion. 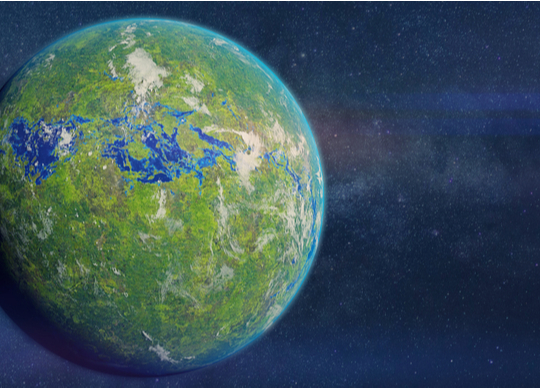 “These nearby planets are where humanity will take our first steps into interstellar space using high-speed, futuristic, robotic probes,” said Breakthrough’s Pete Klupar.

“If we consider the nearest few dozen stars, we expect a handful of rocky planets like Earth orbiting at the right distance for liquid surface water to be possible.”

Professor Tuthill says TOLIMAN is a challenging project. To get to Alpha Centauri in an existing space vehicle would take 100,000 years. He calls TOLIMAN a visionary project that lays the groundwork for possible future interstellar voyages.

“Our plan is for an agile, low-cost mission that delivers results by about the middle of the decade,” Professor Tuthill says.

Eduardo Bendek from NASA’s Jet Propulsion Laboratory agrees finding new planets is hard, but the new technology behind the proposed TOLIMAN telescope may give the team an edge. Dr Bendek says the telescope will make extremely fine measurements of the position of the star.

“If there is a planet orbiting the star, it will tug on the star betraying a tiny, but measurable, wobble. The signal we are looking for requires a real leap in precision measurement.”

The seed funding has enabled the construction of the TOLIMAN telescope to start. The team hopes to launch it into near-earth orbit in 2023.