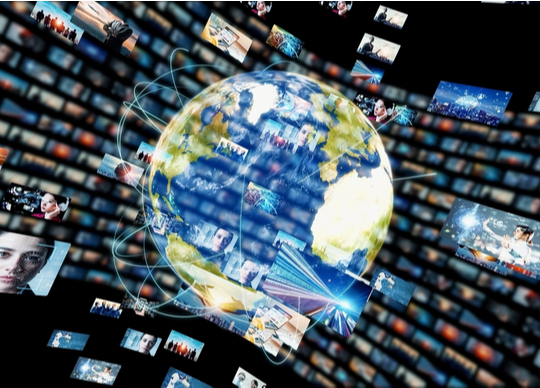 Despite the impact of Covid, there has been no let-up of interest in investment into the space industry with $5.5BN in collective proceeds from all 13 space SPACs.

AVIA was also hosted Stephen Spengler for his final keynote before he steps down as CEO of Intelsat. Spengler had spoken at the Satellite Industry Forum for his first keynote as CEO in 2015, hence it was fitting the Forum was his final address as well.

With digital video making up 70% of internet traffic, satellite remains the essential and enabling technology, with the ubiquity, reach and economics to serve the networks.

Spengler’s outlook on industry trends for Asia remains positive, with linear and pay TV distribution still a driving application for the Asia Pacific region, with a growth rate of 2.5% per year. Spengler was also excited about 5G being a huge enabler and game changer. With satellite fully integrated into the 5G world, it will make solutions and services more seamless, interconnected, and economical.

Wrapping up his keynote address, Spengler shared Intelsat’s mission to unify the global telecoms ecosystem of the future. The vision requires all satellite and terrestrial technologies, networks and providers, and solutions and services to be unified as one global ecosystem. “If we focus on our customers, the people who benefit from a more connected world, that is success for the next year and beyond,” said Spengler.

Asia Pacific’s leading satellite operators also shared similar positive sentiments despite the move from broadcast to streaming. Yau Chyong Lim, COO, MEASAT, believes that satellite will still be the main platform to deliver video services nationwide in Malaysia, and it is the platforms themselves who are transforming their services to include streaming. Hence broadcast and streaming will complement each other, with linear still having a role to play, and streaming alongside it.

Similar in Australia, despite a plethora of streaming services available, Nick Leake, Head of Satellite and Space Systems, Optus, still sees the same requirements for satellite to go out for at least another 10 years.

The greatest issue for Asia Pacific remains one of scale, in order to provide reliable networks to serve the customers, added Roger Tong, CEO, AsiaSat. Tong believes that moving forward, creating more partnerships between competing satellite operators is important, especially when regulatory restrictions on consolidation remains a key challenge in the region.

Sunil Bharti Mittal, Founder and Chairman, Bharti Enterprises and Executive Chairman, OneWeb, also joined the Forum this year for a keynote conversation on the space business in India. With the holy grail of low latency, high speed and sufficient capacity resolved by NGSOs, it has become a solution that works for the new world and into the future. 5G too is seen as a game changing technology for Mittal, with its extremely low latency a boom for industry applications. However, Mittal also noted that while NGSOs will have an important role to play in the 5G ecosystem, it will only be at the periphery of supporting 5G ambitions. Mittal also shared OneWeb’s vision to connect all areas of the world, from oceans to aviation. “In 5 years’,time there should not be anybody in the world that is not connected,” said Mittal.