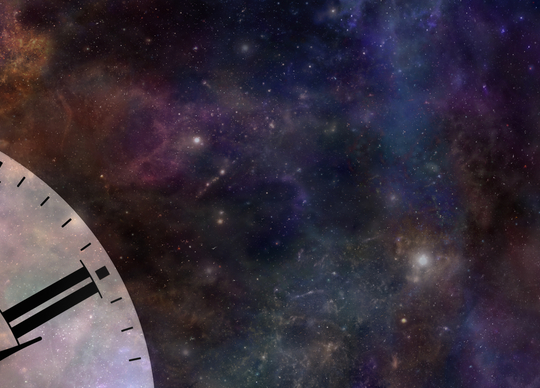 SmartSAT CRC has announced $1 million to assist QuantX Labs in the development of its optical atomic clock satellite payload that will deliver the heart of a future Australian sovereign navigation and timing capability.

This partnership will accelerate the space-qualification and commercialisation of a new type of atomic clock. QuantX’s clock delivers a quantum leap in timing performance by using high-precision lasers to interrogate a specially prepared vapour of Rubidium atoms. Precision timing is of vital importance to our modern society and is utilised daily though the Global Navigation Satellite Systems (GNSS), such as GPS, which generates trillions of dollars each year in economic benefits around the globe.

The new technology behind the optical clock was created in the Precision Measurement Group at The University of Adelaide, and developed into a product in a collaboration between QuantX Labs, The University of Adelaide, and the SmartSat CRC Aurora Space Cluster start-up incubator. The optical clock is the central technology of QuantX Labs’ Alternate Positioning, Navigation and Timing (PNT) product, which answers the needs of numerous applications in defence, space and critical infrastructure.

QuantX Labs Founder and Managing Director Andre Luiten said: “Access to sovereign satellite-based timing and positioning information is vital for the smooth operation and security of numerous Australian businesses as well as the defence forces. Our next-generation optical clocks aim to be cheaper, smaller and more precise clocks than those used in current GNSS satellites. This funding will help us build momentum in our atomic clock development – which is vital for the space and terrestrial components of our alternate precision navigation and timing products.”

“This latest project with SmartSat CRC is crucial to accelerate progress as we plan to trial the Compact Optical Clock in space within the next 24 months. This latest funding builds on SmartSat’s ongoing support, having supported the research and development through the Aurora Space Cluster, as well as facilitating connections with industry and government partners to help us bring the space clock to market.”

SmartSat CRC CEO Professor Andy Koronios said “We are excited to be involved in the development of this truly transformational space technology – the Compact Space Clock will play a vital role in building a sovereign satellite navigation capability for Australia. This is not just a ‘me too’ capability. This technology already matches the performance of very best space clocks and is on track to improve performance by an order of magnitude, while at the same time significantly reducing its size, weight and power consumption.”

“In just a few years QuantX have transformed an idea to a product – from research to break-through technology. The Optical Space Clock project is an excellent and powerful example of the important role that the SmartSat CRC is playing in catalysing collaboration between universities, industry and defence and helping to build military industrial capability.”

“These programs are aimed at ensuring that our warfighters have adequate and protected PNT capability in contested environments where critical systems such as GPS may be unreliable or unavailable.”

“This partnership between the SmartSat CRC, QuantX Labs and The University to Adelaide addresses a very real need in that space, and demonstrates that collaborations such as this are critical to delivering the capability the ADF needs, both now and into the future.”