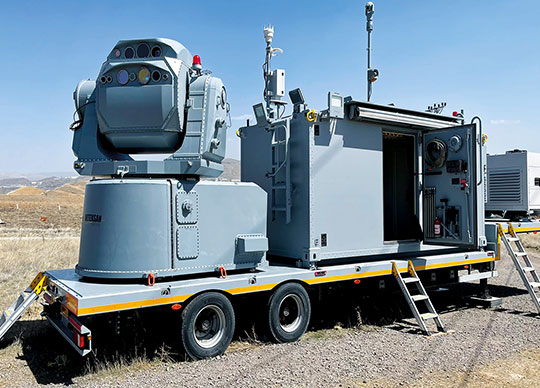 Electro-optic (EO) and Infrared (IR) guided missiles are becoming increasing threats to military bases, ammunition depots and civilian strategic facilities due to advancing technologies. On the one hand, while missile technologies are developing rapidly, innovative technologies in terms of countermeasures continue to be developed in all over the world.

Having been developed within the scope of the 1st Phase of NAZAR Project signed between the Presidency of Defence Industries of the Republic of Turkey and Meteksan Defence in recent years, Land-based NAZAR System will be exhibited for the first time at the Meteksan Defence booth during IDEF 2021 Exhibition. Land-based NAZAR System provides broadband laser soft-kill capability against EO/IR guided missiles to protect critical bases and facilities.

The NAZAR Project has been developed with the ability to detect EO and IR guided missiles and to apply laser and soft-kill techniques directed against missiles with this feature. Thus, it will be possible to neutralize EO/IR guided missiles from long distances. 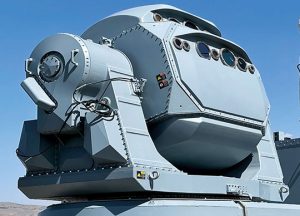 NAZAR has been developed to not only be effective against known EO/IR guided missiles, but also to have reconnaissance and surveillance capabilities that will provide an advantage against asymmetric threats thanks to its broadband operation capability. The system will also be able to work in integration with other sensors and systems to increase overall efficiency.

In the first stage, NAZAR can be used on a mobile platform by being easily transported to the desired locations in accordance with the operational needs. The electricity needed for the operation of the system is provided by its own generator, so there is no need for an external power source. Following the Land System developed in the 1st Phase of the NAZAR Project, the necessary modifications will be made to increase the Anti-ship Missile Defense (ASMD) capabilities of warships and it will be deployed to military ships. It can also be used as a test and training aid for the development, testing and evaluation of laser dazzle and soft-kill techniques.