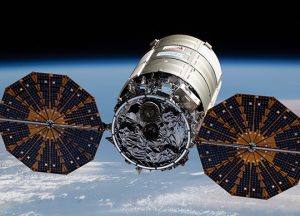 Northrop Grumman’s uncrewed Cygnus spacecraft is scheduled to depart the International Space Station on Tuesday, June 28, more than four months after delivering 8,300 pounds of supplies, scientific investigations, commercial products, hardware, and other cargo to the orbiting laboratory for NASA.

Live coverage of the spacecraft’s departure will begin at 5:45 a.m. EDT on the NASA Television media channel, the agency’s website, and the NASA app.

Flight controllers on the ground will send commands for the space station’s Canadarm2 robotic arm to detach Cygnus from the Unity module’s nadir port, then maneuver the spacecraft into position for its release at 6:05 a.m. NASA astronaut Jessica Watkins will monitor Cygnus’ systems upon its departure from the space station.

Following a deorbit engine firing on Wednesday, June 29, Cygnus will begin a planned destructive re-entry, in which the spacecraft – filled with trash packed by the station crew – will safely burn up in Earth’s atmosphere.