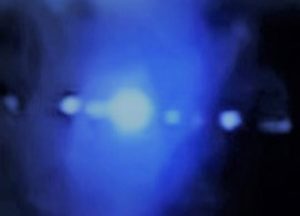 A new centre at the University of Adelaide will focus on further developing the latest laser technology needed to keep Australia and its allies safe from emerging military threats.

“It is critical that Australia develops a sovereign USPL capability for defence applications in order to counter current and emerging military threats.”

Professor Miftar Ganija is the Lead Scientist and Leader of the CADR-USPL. The centre will focus on research already spearheaded by him under the USPL program: a joint initiative by the University of Adelaide and the Department of Defence (Defence Science and Technology Group (DSTG)). He holds a joint appointment in the University of Adelaide’s School of Physical Sciences and School of Electrical and Electronic Engineering (EEE).

“USPL lasers transmit pulses of high-energy light as brief as one trillionth of a second and 100 times brighter than sunlight,” said Professor Ganija. These lasers are much more powerful than conventional technology. When pointed at a material they can turn it into plasma without increasing the temperature of the surrounding material.”

The latest generation of advanced missiles pose a significant threat to national and global security. USPL technologies have the potential to contribute to defence applications against these emerging military threats, for example as point defence as part of a sovereign integrated air and missile defence capability.

World-leading laser research and prototypes developed at CADR-USPL will have wider impact with applications beyond defence, both in Australia and overseas, through industrial commercialisation.

“The applications for ultra-short pulsed lasers are expanding rapidly and require new technology to be on the forefront of engineering and scientific innovation,” said Professor Ganija.

“This cutting-edge technology is being used in bio-medical applications such as dentistry, in materials processing and the next generation of x-ray technology.”

CADR-USPL is a five-year agreement with DSTG to upscale Australia’s sovereign capability.

“Working in partnership with DSTG, the University’s experts will support the Department of Defence’s priority to have access to leading-edge capabilities in the field of ultra-short pulse lasers. This technology will help to sustain the ability of the Australian Defence Force to defend the security interests of Australia and those of its allies,” said Professor Webb.