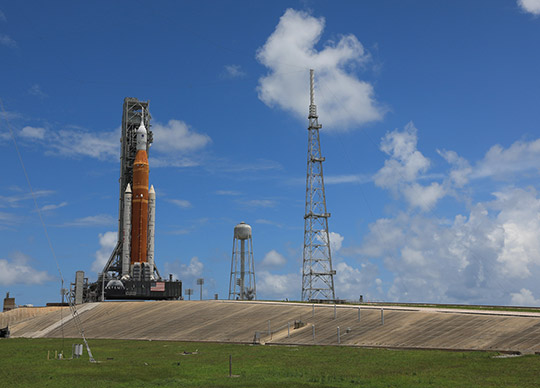 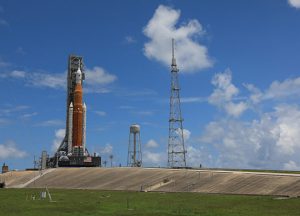 Image: A brilliant blue sky serves as a backdrop for the Artemis I Space Launch System (SLS) and Orion spacecraft atop the mobile launcher at Launch Pad 39B at NASA’s Kennedy Space Center in Florida on June 30, 2022. Credits: NASA.

NASA will host a pair of briefings on Wednesday, Aug. 3, and Friday, Aug. 5, to preview the upcoming Artemis I lunar mission. The agency is currently targeting no earlier than Monday, Aug. 29, for the launch of the Space Launch System rocket to send the Orion spacecraft around the Moon and back to Earth. The mission will take place over the course of about six weeks to check out systems before crew fly aboard on Artemis II.

Briefing participants include (all times Eastern):

11:30 a.m. – Artemis I detailed mission briefing with the following participants:

Along with the briefings, NASA will host an Artemis I media day at Johnson Friday, Aug. 5, to showcase Artemis I mission hardware and offer interviews. Media attending will get an in-person look at development mockups, design simulators, flight control operations, and hardware in development for lunar exploration.

Artemis I is an uncrewed flight test, the first in a series of increasingly complex missions to the Moon.

Through Artemis missions, NASA will land the first woman and the first person of color on the Moon, paving the way for a long-term lunar presence and serving as a steppingstone to send astronauts to Mars.