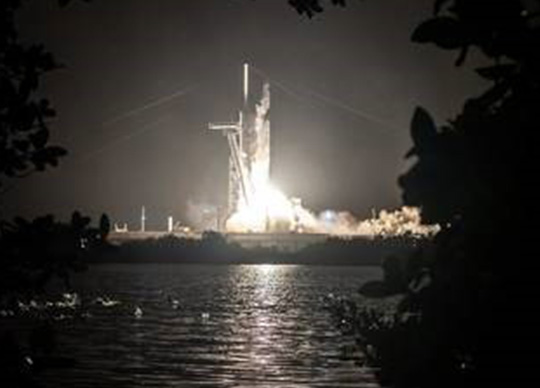 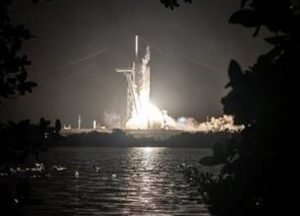 Image: A SpaceX Falcon 9 rocket lifts off from Launch Complex 39A at Kennedy Space Center in Florida at 5:07 a.m. EST on Tuesday, Dec. 21, 2021, carrying the Dragon spacecraft on its journey to the International Space Station for SpaceX’s 24th commercial resupply services mission. Credits: NASA/Kevin Davis and Chris Colem.

SpaceX’s Dragon spacecraft will lift off from Launch Complex 39A at the agency’s Kennedy Space Center in Florida to deliver new science investigations, supplies, and equipment for the international crew, including a new climate research investigation.

Live coverage will air on NASA Television, the NASA app, and the agency’s website, with prelaunch events starting Thursday, June 9.

Dragon will carry more than 4,500 pounds of cargo, including a variety of NASA investigations like EMIT, which will identify the composition of mineral dust from Earth’s arid regions and analyze dust carried through the atmosphere from deserts to see what effects it has on the planet, further advancing NASA’s data contributions to monitoring climate change.

Other investigations include studying the aging of immune cells and the potential to reverse those effects during postflight recovery, an investigation of how sutured wounds heal in microgravity, and a student experiment testing a concrete alternative for potential use in future lunar and Martian habitats.

Arrival to the station is scheduled for 6:20 a.m. Sunday, June 12. Dragon will dock autonomously to the forward-facing port of the station’s Harmony module, with NASA astronauts Kjell Lindgren and Bob Hines monitoring operations from the station.

The spacecraft is expected to spend about a month attached to the orbiting outpost before it returns to Earth with research and return cargo, splashing down off the coast of Florida.

Full coverage of this mission is as follows (all times Eastern):

3:30 p.m. – Prelaunch News Conference on NASA TV (no earlier than one hour after completion of the Launch Readiness Review) with the following participants: