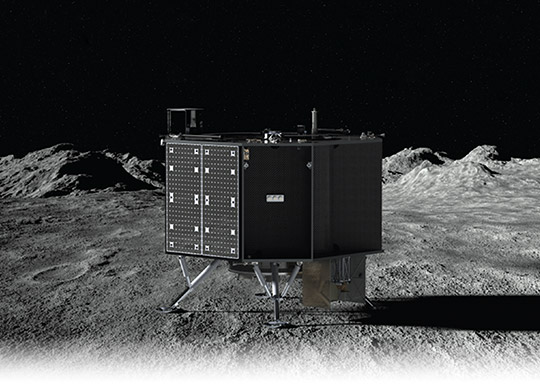 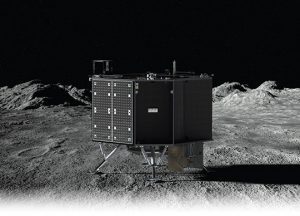 Images: An illustration of Draper’s SERIES-2 lunar lander, which will deliver science and technology payloads to the Moon for NASA in 2025. Credits: Draper

NASA has awarded Draper of Cambridge, Massachusetts a contract to deliver Artemis science investigations to the Moon in 2025. The commercial delivery is part of NASA’s Commercial Lunar Payload Services (CLPS) initiative under Artemis.

Draper will receive $73 million for the contract, and is responsible for end-to-end delivery services, including payload integration, delivery from Earth to the surface of the Moon, and payload operations. This award is the eighth surface delivery task award issued to a CLPS vendor.

“This lunar surface delivery to a geographic region on the Moon that is not visible from Earth will allow science to be conducted at a location of interest but far from the first Artemis human landing missions,” said Joel Kearns, deputy associate administrator for exploration in NASA’s Science Mission Directorate in Washington. “Understanding geophysical activity on the far side of the Moon will give us a deeper understanding of our solar system and provide information to help us prepare for Artemis astronaut missions to the lunar surface.”

The experiments riding on Draper’s SERIES-2 lander are headed to Schrödinger Basin, a large lunar impact crater on the far side of the Moon, close to the lunar South Pole. This interesting geological site is about 200 miles in diameter. The outer ring of the basin is made up of impact melt meteorites and the inner ring is known for its smooth floor deposits that may be a combination of both impact melt and volcanic material.

“The payload delivery location is a first for us. Operations from the far side of the Moon will help improve how we track activities from this location to address scientific goals – all while we gather data from the payloads,” said Chris Culbert, CLPS program manager at NASA’s Johnson Space Center in Houston. “The vendor-provided services will prepare for future, more complex lunar surface operations.”

Schrödinger Basin is one of the youngest impact basins on the lunar surface whose impact uplifted deep crust and upper mantle of the Moon in its peak ring. Later, the inner basin was the site of a large volcanic eruption. Scientists hope to study the thermal and geophysical properties of the lunar interior as well as electric and magnetic properties in a landing location shielded from Earth’s electromagnetic fields.

Multiple commercial deliveries continue to be part of NASA’s plans at the Moon. Future payloads delivered with CLPS could include more science experiments, including technology demonstrations that support for the agency’s Artemis missions. Through Artemis, NASA will land the first woman and the first person of color on the Moon, paving the way for a long-term, sustainable lunar presence and serving as a steppingstone for future astronaut missions to Mars. Artemis I is scheduled to launch no earlier than Aug. 29,2022 with a subsequent test flight with crew scheduled to occur in 2024 in advance of NASA sending humans to the surface of the Moon no earlier than 2025.