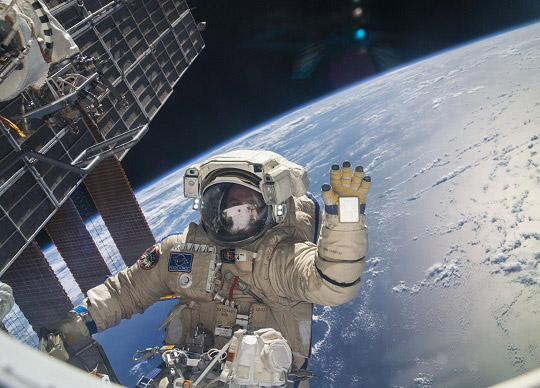 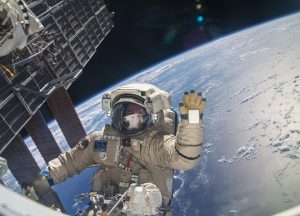 Image: Russian cosmonaut Sergey Ryazanskiy, Expedition 37 flight engineer, attired in a Russian Orlan spacesuit, is pictured on Nov. 9, 2013, during a session of extravehicular activity (EVA) in support of assembly and maintenance on the International Space Station. Credits: JSC.

NASA will provide coverage as two Roscosmos cosmonauts conduct a series of spacewalks in November and December outside the International Space Station to prepare hardware on the Rassvet module for installation on the Nauka multipurpose laboratory module.

Watch live coverage of each spacewalk on NASA Television, the NASA app, and the agency’s website at: https://www.nasa.gov/live

During the spacewalks, Expedition 68’s Sergey Prokopyev and Dmitri Petelin will venture outside of the Poisk module to oversee the transfer of a radiator, an airlock, and to make electrical and hydraulic connections. Inside the orbital complex, cosmonaut Anna Kikina will control the ESA (European Space Agency) European robotic arm on Nauka to move the radiator and the airlock into position for the spacewalkers.

The content and coverage times of the spacewalks are (all times EST):

9 a.m. – NASA TV coverage begins for spacewalk to prepare the radiator on Rassvet for the move to Nauka.

2 a.m. – NASA TV coverage begins for spacewalk to move the Rassvet airlock from Rassvet to Nauka and install it using ESA’s robotic arm.