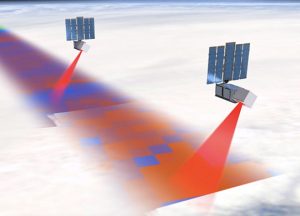 NASA has selected Rocket Lab USA Inc. of Long Beach, California, to provide the launch service for the agency’s Time-Resolved Observations of Precipitation Structure and Storm Intensity with a Constellation of Smallsats (TROPICS) mission, as part of the agency’s Venture-class Acquisition of Dedicated and Rideshare (VADR) launch services contract.

Rocket Lab is one of 13 companies NASA selected for VADR contracts in 2022. NASA’s Launch Services Program, based at the agency’s Kennedy Space Center in Florida, manages the VADR contracts. As part of VADR, the fixed-price indefinite-delivery/indefinite-quantity contracts have a five-year ordering period with a maximum total value of $300 million across all contracts.

The TROPICS mission consists of four CubeSats intended for two low-Earth orbital planes and is part of NASA’s Earth System Science Pathfinder Program. Rocket Lab will launch the TROPICS satellites into their operational orbits during a 60-day period (first insertion to final insertion). These two dedicated Federal Aviation Administration (FAA) licensed launches, each on an Electron Rocket are targeted to launch no earlier than May 1, 2023, enabling NASA to provide observations during the 2023 Atlantic hurricane season, which begins June 1.

The TROPICS constellation targets the formation and evolution of tropical cyclones, including hurricanes and will provide rapidly updating observations of storm intensity, as well as the horizontal and vertical structures of temperature and humidity within the storms and in their surrounding environment. These data will help scientists better understand the processes that effect these high-impact storms, ultimately leading to improved modeling and prediction.

For more information about NASA and other agency programs, visit: https://www.nasa.gov