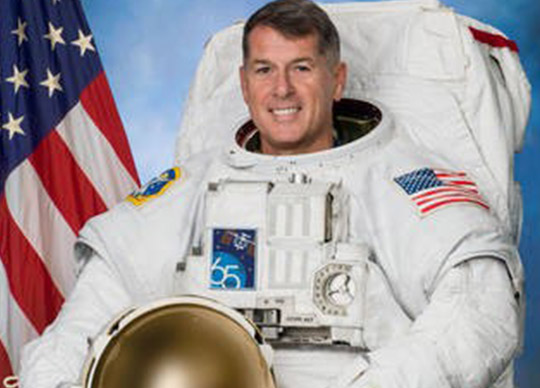 NASA’s Shane Kimbrough is retiring after 22 years, including 18 years as an astronaut. His last day with the agency is Sunday, July 31.

The retired U.S. Army colonel spent 388 days in space, landing him fifth on the list of record holders for cumulative time in space for all NASA astronauts. He was the fourth person to fly on three different spacecraft – the space shuttle, Soyuz, and SpaceX Crew Dragon – and he performed nine spacewalks during his three spaceflights.

Kimbrough was recently the commander of NASA’s SpaceX Crew-2 mission to the International Space Station, the second long-duration mission for the Crew Dragon spacecraft, and the longest spaceflight for a U.S. human spacecraft. Throughout the mission, Kimbrough and the Expedition 65 crew performed more than 250 scientific investigations designed to benefit all of humanity and help future exploration.

“Shane’s expertise and leadership has been a huge asset to me personally and the astronaut office for many years. He has been a mentor to many astronauts, and it has been an absolute pleasure and honor to serve with him,” said Chief Astronaut Reid Wiseman at NASA’s Johnson Space Center in Houston.

Kimbrough was selected as an astronaut candidate by NASA in May 2004. He completed his first spaceflight in 2008 aboard the space shuttle Endeavour to the space station on the STS-126 mission. Highlights of the almost 16-day mission included expanding the living quarters of the space station to eventually house six-member crews by delivering a new bathroom, kitchen, two bedrooms, an exercise machine, and a water recycling system. His second spaceflight launched Oct. 19, 2016, aboard a Soyuz spacecraft to become part of Expedition 49/50 on the station. A week after he arrived, he became station commander until he departed almost six months later. In addition to his spaceflight experience, Kimbrough supported his colleagues by serving as chief of the Astronaut Office’s Vehicle Integration Test Office and its Robotics Branch at various times throughout his career.

“I am grateful for the opportunity to serve as a NASA astronaut for the past 18 years,” Kimbrough said. “I am honored to have been able to fly on three different spacecraft and to spend time at the International Space Station. I’ve worked with the best of the best in orbit and on the ground and am grateful for those that have supported me and my family. I’ve wanted to be an astronaut since I was a little kid watching NASA astronauts go to the Moon. To accomplish three spaceflights and nearly 400 days in space in my career is truly a dream come true.”