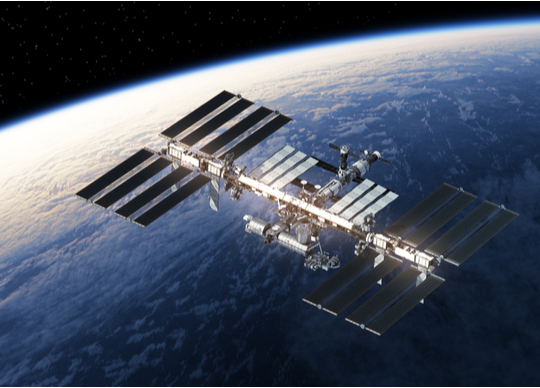 Russia destroyed a 39-year-old satellite with a missile strike on Monday, November 15. The explosion left a trail of debris in orbit, threatened the International Space Station (ISS), and raised strong reactions from the US and EU.

Government and private space agencies tracked the missile to the position of KOSMOS 1408, some 480 kilometres above Earth. Russia’s space agency, Roscosmos, later confirmed the strike.

The satellite’s destruction, the first since India shot down one of its satellites in 2019, leaves around 1,500 pieces of trackable debris in space and countless more untrackable pieces.

The explosion forced the crew of the ISS to retreat to their docked escape capsules while passing through the debris field. Onboard the ISS are seven astronauts from the US, Russia, and Germany.

It takes the ISS 90 minutes to complete one orbit of Earth. The astronauts stayed in the escape capsules long enough for the ISS to twice pass through the debris field.

The debris field also potentially posed a risk to China’s taikonauts aboard the Tiangong space station.

But Russia claimed the missile strike did not pose any threat to space activity. However, the US and EU disagreed.

“This test will significantly increase the risk to astronauts and cosmonauts on the International Space Station, as well as other human spaceflight activities,” said US State Department spokesperson Ned Price on Tuesday.

“The test has so far generated 1,500 pieces of trackable orbital debris and hundreds of thousands of smaller orbital debris that now threaten the interests of all nations.”

NASA Administrator Bill Nelson also condemned the destruction of KOSMOS 1408. In a statement, he called the missile strike an irresponsible and destabilising action.

Confirming the US crew on the ISS sheltered in escape capsules for the second and third passes through the debris field, he said all nations had a responsibility to prevent the deliberate creation of space debris from ASATs.

The EU’s Thierry Breton lined up with the US to criticise the missile strike.

“As European Union Commissioner in charge of EU space policy and in particular of Galileo and Copernicus, I join the strongest condemnations against the test conducted by Russia,” he said.

Space agencies can to track debris roughly the size of a tennis ball or larger. But colliding with even the smallest untrackable piece of debris can damage satellites and crewed space stations.

“The debris created by Russia’s DA-ASAT will continue to pose a threat to activities in outer space for years to come, putting satellites and space missions at risk, as well as forcing more collision avoidance manoeuvres,” said General James Dickinson, head of US Space Command.

Experts estimate it will take a decade for the debris field created by the KOSMOS 1408 explosion to clear up completely.