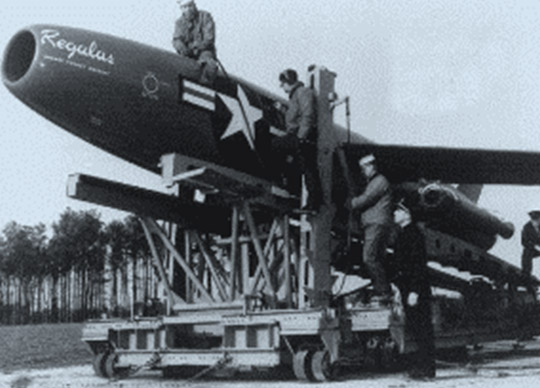 This short exploratory paper looks at the concept of a Military-use Earth-to-Earth Rocket Transporter: use of a reusable controlled launching-landing rocket to rapidly move cargo from one location on the Earth’s Surface to another. The concept of using a rocket travelling Suborbital, or in Low Earth Orbit for rapid planetary transfers is not new. Development of experimental rocket craft like the SpaceX Starship designed to convey around 100 tons of cargo, or up to 100 Human passengers, and recent pronouncements that rocket transportation will drastically shorten global transport times, has raised the level of interest in how these types of transport systems would work, and might work in a military context. This short exploratory paper will look at two issues: (1) the notion of military-use rocket-based planetary transfers, as a concept of operations; and, (2) describe the potential characteristics and problems of an Earth-to-Earth Rocket Transporter.

Small simple rockets based on the 19th Century Congreve Rocket, have been designed as Message Rockets, intended to contact isolated or cut-off battle elements in WW1. Over the last century in warfare, small payload rockets have been envisaged to rapidly transfer cargo items, for postal use, to larger special cargo versions that rely on hollow warheads, and parachute systems to land and be recovered.

While the concept is not new, this exploratory paper will look at the notion of a military-use Earth-to-Earth Rocket Transporter. The use of these type of craft is largely predicated on technological shift occurring in four critical areas:

In addition to the technological shift that creates the military opportunity, for greater planetary manoeuvre, other factors also impact the emergence of a new concept of operations and logistics. For instance, a potential objective for the use of an Earth-to-Earth Rocket Transporter is to greatly increase capacity for rapid global mobility, that for many decades since the end of WW2 has relied on massive Air Force capacity for heavy cargo and personnel delivery. The move towards using rocket cargo could develop as a largely complimentary future capability delivering cargo anywhere on the Earth in less than one hour, with a 100-ton capacity (Roza, 2021). The recent announced U.S. Defense research program identified the following capability requirements for a potential Earth-to-Earth Rocket Transporter:

“includes the ability to land a rocket on a wide range of non-traditional materials and surfaces, including at remote sites. In addition, … scientists and engineers will research the ability to safely land a rocket near personnel and structures, engineer a rocket cargo bay and logistics for rapid loading and unloading, and air drop cargo from the rocket after re-entry in order to service locations where a rocket or aircraft cannot possibly land.” (Secretary of the Air Force Public Affairs, 2021)

It can be envisaged, a large capacity first-stage rocket, piloted remotely, or potentially a Human and Robotically-Assisted crewed-piloted version would lift-off from an airfield, reach Suborbital Space, and return to Earth landing at another airfield. What makes a Earth-to-Earth Rocket Transporter more likely, has been the great expansion of urban, and surface-paved environments more easily exploited for rocket landing (discussed below). Essentially the key landing problem is surface limitations. Retrorocket engines provide thrust opposing the motion of a vehicle, thereby causing the craft to decelerate. Rocket transporters will likely remain limited in regards to unsurfaced ground areas, due to the immense force hitting the surface from a descending rocket engine – causing the ground below to be excavated-out, destroying the landing surface and creating dust and rock projectiles. However, a possible technological solution, such as seen on some Space Capsule Return Vehicles are side-mounted configurations – envisaged for use for landing on the Moon, or Mars to minimise surface disruption during the classical successfully retropropulsive landing manoeuvre (Vertical Landing Technology is discussed later in this paper).

Several Earth-to-Earth Rocket Transporters could be used to convey rapidly a force to a build-up location, that is time-critical consisting of military personnel, robots and equipment. The notion is largely predicated that most military and security operations will increasingly take place in urban and semi-urban locations – airports, highways, roads, and paved parking areas. With most of the Earth’s population increasingly urbanizing, the expectation is that by the end of the century, the military experience will largely identify with operations in densely developed urban-sprawl. The major component making the Rocket Transporter a working proposition is its dependence on a largely Space-Based military, that is able to secure from Space rocket take-offs, transits and landings in terms of communications, surveillance, intelligence, navigation and weapon targeting. Such technology, could prove a powerful capability, that will drive Terrestrial-Based campaigns, and Global-Battlefield Manoeuvre will be the development of a new generation of Starlifter-Globemaster: Rocket Transporters capable of immediate heavy lift of hundreds of ton cargos, and 100 or more Human and Robotic combatants, within one hour over most of the Earth’s habitable land terrain, and urban areas.

It should be noted, that current civil technologies such as Blue Origin’s New Shepard that can put a Space Capsule into Suborbital flight, which returns via the traditional parachute to Earth means can be seen as a type of Earth-to-Earth Rocket Transporter. Another type, is better known from science fiction of the mid-20th Century, where a bullet-shaped Rocketship blasted-off from Earth, travelled to another planet, rocketing-down unfolding its landing-legs, and landed on the surface.

Ideally, an Earth-to-Earth Rocket Transporter would need to be a robust craft capable of immediate refuelling, rapid release of its cargo, occupants, and rapid lift-off from a potential combat zone. As already stated, its use will be heavily reliant on the ability to protect the landing environment, from Space, and with available air and ground forces. The potential characteristics of a Rocket Transporter will be its ability for controlled launching-landing in areas other than traditional rocket pads. Not only including urbanized and hard-surfaced areas, but could foreseeably include Sea-Based platforms, aircraft carriers, cargo ships, and other suitable seacraft, such as the larger classes of landing platform amphibious ships.

The major technological question underpinning an Earth-to-Earth Rocket Transporter, is the development of a crafts’ ability to vertically take-off, and vertically land. The justification, is two-fold: (1) overcoming the problem of successfully reaching Suborbital flight; and, (2) minimising the take-off, and landing footprint. Some semi-plausible scenarios, could be envisaged such as use of a pair, or three, Rocket Transporters coming down on suitable hard-ground, perhaps using aggressive ground and air suppression weaponry and counter-measures, reliant on Space-Based weapons, long-range (intercontinental) ballistic missiles, other air assets, or special forces to supress and secure the landing area. More routine scenarios, can also be envisaged, where the first Rocket Transporter brings in elements of the ground support necessary for further rocket landings, such as deployable landing pads, refuelling and maintenance equipment, as part of base of operations development, and build-up.

A critical issue is the potential weight of a military-use Earth-to-Earth Rocket Transporter. The current civil industry trajectory in Large Cargo Carrying Rocket prototypes has been to significantly lose weight in the hulls, and landing systems, in order to maximize fuel capacity in relation to total tonnage maximization, to drive costs down. The military requirement on the other hand is the need for robust craft, and tough hulls that are largely ‘soldier-proof’, that can withstand weapons hits, have redundancy, and survive typical campaign rigors. All contributing to increased weight of the hull in relation to fuel and cargo capacity. It may well be that in the special circumstances of an unsupported landing of a Rocket Transporter, one of the craft will be solely dedicated as a ‘gunship’ to protect the others as they come-in.

It can be anticipated that the landing gear – strut legs and their deployment mechanisms may be one of the key problems associated with development of the Earth-to-Earth Rocket Transporter. The more substantial these are, in addition to the weight of fuel, the need for larger tanks to possibly relaunch, rather than be reliant on on-ground refuelling, will all potentially reduce the performance of a soft landing system compared to an expendable vehicle, or a conventional air-delivery system.