Lockheed Martin has appointed Mr. Rod Drury, as the Vice President International, Lockheed Martin Space. In his new position, Rod will focus on delivering growth through the execution of Lockheed Martin Space’s integrated international strategy.  Rod brings a wealth of experience to his new role having previously held the role of Country Executive and International Business Development Director for Space based in Australia combined with a career in the Royal Australian Air Force culminating with significant experience gained through a variety of leadership roles.  In his new role, Rod has will lead the Business Area’s global growth activities and teams across multiple regions. He will report to Lockheed Martin Space’s headquarters Strategy and Business Development organisation.

Rod says “I am honoured to be appointed as Vice President International, Lockheed Martin Space, in my new role I will oversee the team of international Regional Directors, sharing their responsibility for delivering sustainable growth by fostering Space’s customer and industry partnerships. I am proud of the work the Australian space team has done in terms of developing the industry within the region, and I have a strong desire to see the ANZ space industry continue to grow from strength to strength. My appointment presents a unique opportunity for further amplification and enhanced collaboration for the Australian space industry on a world stage.” 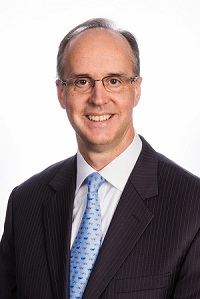 Joining the Space team in Canberra and further bolstering local knowledge and expertise is David Ball, the newly appointed Regional Director Australia and New Zealand (ANZ), Lockheed Martin Space. Reporting directly to Rod, David will be located in Lockheed Martin Australia’s Headquarters in Canberra and will be Space’s Lead Executive in the region representing the space portfolio of capabilities and services. Rod Drury says “We are very pleased that David Ball is joining Lockheed Martin Space to lead the team in the ANZ region. David is very well known and highly regarded across the Australian space community, and he will work closely with me to further develop the Space industry in Australia and New Zealand. His appointment reinforces our commitment to the space sector globally, and our commitment to the Australian space industry.”

David brings to the role extensive space environment experience with a career spanning Australian Defence Force, PanAmSat, Intelsat, NewSat Limited, Envista Pty Ltd and SERC. Prior to joining Lockheed Martin, David was the Chief Executive Officer of the Space Environment Research Centre (SERC), and has held leadership roles in the Space Industry Association of Australia (SIAA) for more than a decade, culminating in his current tenure as Chair, SIAA.  “I am delighted to join Lockheed Martin to further develop the Australian space industry. Significant opportunity exists in our region and I am looking forward to working with Rod and leading the local team to support further growth,” said David.