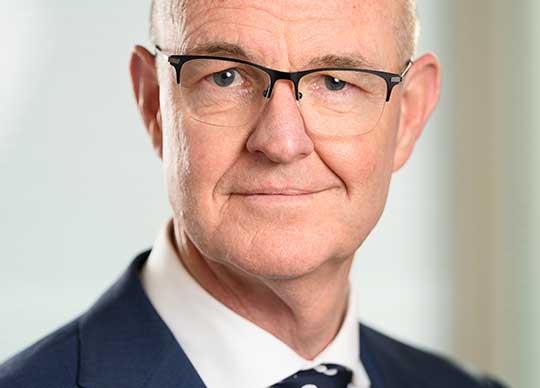 Following a career of more than 40 years with the RAAF, Mr. McDonald joined the leadership team of LMANZ in May of 2021 and assumes the role of Chief Executive effective immediately.

Confirming the appointment, Mr. Piselli highlighted Mr. McDonald’s distinguished service career including his contribution to the development of a more integrated, networked defence force for Australia.

“As the RAAF’s inaugural Chief of Joint Capabilities, Warren brings an unrivalled understanding of the superior all-domain capabilities necessary to meet the evolving challenges of the 21st Century battlespace,” he said.

“Warren’s appointment reiterates Lockheed Martin’s commitment to develop and advance the critical capabilities our customers will need to remain ahead of their adversaries and defend their national interests.”

Commenting on his appointment as LMANZ Chief Executive, Mr. McDonald said he is committed to ensuring LMANZ’s focus remains firmly on the needs of its customers through excellence in program delivery and sustainment.

“Lockheed Martin Australia and New Zealand has a proud heritage of excellence in program delivery and sustainment and I look forward to working with the team and our local industry partners to further contribute to that legacy on both sides of the Tasman,” he said.

“Lockheed Martin’s innovative technologies are at the heart of our customers’ defence capabilities and we have a responsibility to ensure that superior combat power is available whenever and wherever it is needed.”

“Joe has done a remarkable job, first as the Vice President of Rotary Mission Systems Operations for Australia and New Zealand and, most recently, as the LMANZ Chief Executive,” he said.

“The strength of LMANZ’s position in the market as a defence capability steward and an enabler of manufacturing sector transformation is a testament to his leadership, the deep relationships he has cultivated with our industry partners and his determination to deliver for our customers.”

Mr. North and his family will return to the US with a new role to be announced in the future.