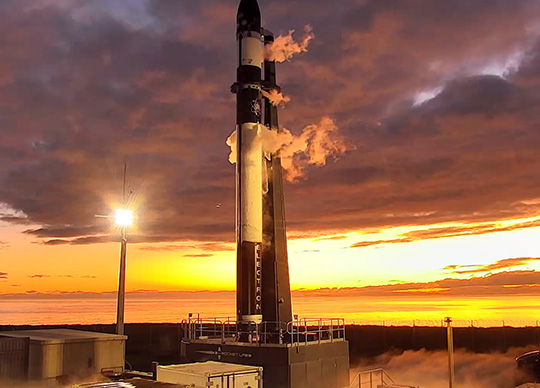 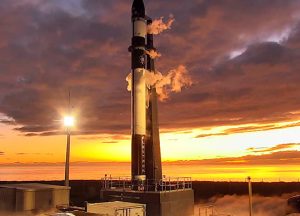 Image: Rocket Lab’s Electron rocket sits on the pad at the company’s Launch Complex 1 in New Zealand for wet dress rehearsal ahead of the CAPSTONE launch. Credits: Rocket Lab.

CAPSTONE is targeted to launch no earlier than Monday, June 27, aboard a Rocket Lab Electron rocket from the company’s Launch Complex 1 in Mahia, New Zealand. The instantaneous launch opportunity is at 6 a.m. EDT (10:00 UTC). Live coverage will begin at 5 a.m. on NASA Television, the agency’s website, and the NASA app.

The destination for this microwave oven-size CubeSat is a near rectilinear halo orbit (NRHO). That same orbit is planned for Gateway, a multipurpose outpost for long-term lunar missions as part of the agency’s Artemis program.

Six days after launch, the Photon upper stage will release CAPSTONE into space for the first portion of the spacecraft’s solo flight. After a four-month journey to the Moon, CAPSTONE will test the dynamics of the NRHO for at least six months, helping reduce risk for future spacecraft. CAPSTONE will also demonstrate innovative spacecraft-to-spacecraft navigation technology and one-way ranging capabilities that could help future spacecraft fly near the Moon with reduced need for communication with Earth.

Members of the public are invited to join the virtual NASA Social to get a behind-the scenes look at CAPSTONE, learn what makes CAPSTONE unique among NASA’s missions, meet the rocket launching CAPSTONE, and more.

You can follow CAPSTONE’s journey live using NASA’s Eyes on the Solar System interactive real-time 3D data visualization. Starting about one week after launch, you can virtually ride along with the CubeSat with a simulated solar system view. NASA will post updates in the visualization on the agency’s Ames Research Center home page as well as Twitter and Facebook.