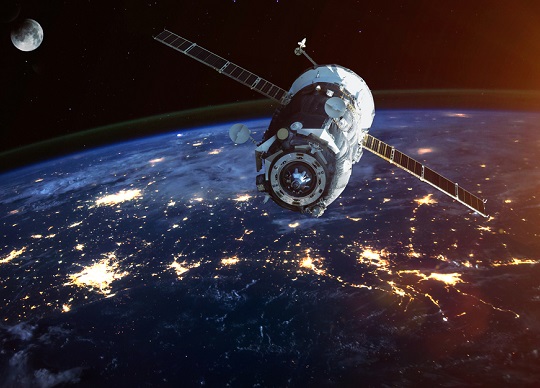 Satellite provider LatConnect 60 and Surrey Satellite Technology Ltd (SSTL) have announced the first partnership under the UK-Australia ‘Space Bridge’, a program launched earlier this year by the Australian Space Agency and UK Space Agency to boost investment and knowledge across both countries’ space sectors.

The announcement is a major milestone for LatConnect 60 which will now control its first operational asset and move into a growth phase ahead of the launch of its own smart satellite constellation above Australian skies in 2022.

SSTL, which is a subsidiary of Airbus, has launched over 70 satellites for 22 countries over the last three decades. Its participation in the world’s first ever Space Bridge program, which was launched in February 2021, demonstrates the growing influence of Australian companies and paves the way for further collaboration that will create more jobs and opportunities in the space sector.

Through the new satellite, LatConnect 60 will generate high resolution panchromatic and multispectral optical data which its team in Western Australia will further process to provide analytics-ready data products and insights. Clients from sectors ranging from mining, agriculture and government will benefit from the highly accurate, real-time data sets which will have an immediate, practical impact on their operations.

“We are very excited to have signed this agreement with SSTL and to be working together at the forefront of space innovation. Our satellite service will boost Australia’s, and the region’s, strategic observation capabilities.

Phil Brownnett, Managing Director of SSTL said: “We are very pleased to announce this new contract for SSTL S1-4 data with LatConnect 60 which furthers the UK’s ties with the Australian space industry and brings SSTL’s sub metric Earth observation data to new markets.”

Karl Rodrigues, General Manager (acting) at the Australian Space Agency (ASA) said the partnership was an important development in the UK-Australia Space Bridge.

“Australian businesses and researchers have even more opportunities to showcase their capabilities to the world. It is an important step in helping to grow Australia’s space industry through international partnerships.”

“Now, this exciting partnership between SSTL and LatConnect 60 is harnessing the UK’s world-leading Earth observation capabilities which bring a range of benefits here on Earth, including helping us monitor and tackle climate change, respond to natural disasters and manage our natural resources.”

Founded by Venkat Pillay and Rueben Rajasingam, the leadership team at LatConnect 60 brings with it an impressive track record, having worked with the likes of NASA, the Canadian and European space programs, CSIRO and BHP Billiton.

While initially supplying its services to Australian clients, the company has ambitious plans to expand across the region and globe as it scales up its satellite constellation and product applications.