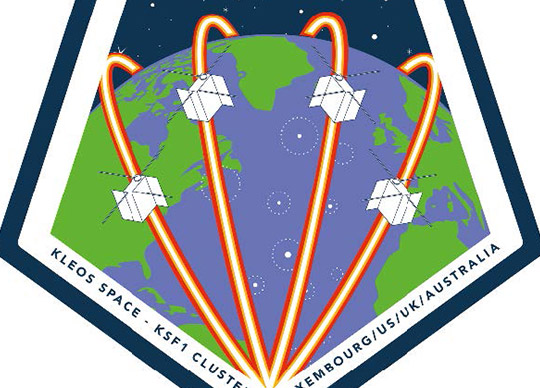 Kleos Space continues to execute on its path towards commercialisation, including technical validation and delivery of data from the Scouting Mission satellites and successfully launching its Polar Vigilance Mission satellites. The company has released the attached quarterly update to the market this morning.

In Q2, Kleos began distributing data to early adopter customers. Evaluation and initial contracts are in place with >40 customers from our geographically diverse pipeline of government and commercial entities. Early customers will access and evaluate Kleos’ data at an introductory price, before converting to standard commercial pricing. Growth in revenues at commercial rates are expected to commence in Q3 & Q4 alongside the higher-value datasets following commissioning of the Polar Vigilance satellites.

As Kleos builds out the constellation, subscribers will be able to purchase additional data from specific areas of interest. Each satellite launch will generate higher-value datasets and increase the potential revenue contribution from existing subscribers. Customers pay for a licence to access the data not to own the data therefore all intellectual property and historical datasets remain with Kleos.

Towards the end of the quarter, Kleos successfully launched its Polar Vigilance Mission satellites (KSF1) from Cape Canaveral in Florida aboard the Spaceflight SXRS-5/SpaceX Transporter-2 Mission. Launched into a 525km Sun Synchronous orbit, Kleos’ second satellite cluster establishes the Company’s coverage to the North and South of its Scouting Mission.

Kleos Space CEO Andy Bowyer said, “Less than eight months after the launch of our Scouting Mission satellites, we now have our second satellite cluster in orbit. The Polar Vigilance satellites increase our global coverage and increase revisit rates over key areas of interest, creating higher-value data products and tiered subscription licenses. Each new satellite cluster will enhance the quality and quantity of our radio frequency reconnaissance data and we are targeting near continuous global revisit rates.”

The Polar Patrol satellites are scheduled to launch at the end of 2021 onboard a SpaceX Falcon 9 under a rideshare contract with Spaceflight Inc. Launching into a 500-600km Sun Synchronous orbit, the Polar Patrol Mission satellites will double Kleos’ coverage over both poles and increase revisit rates over commercial areas of interest.