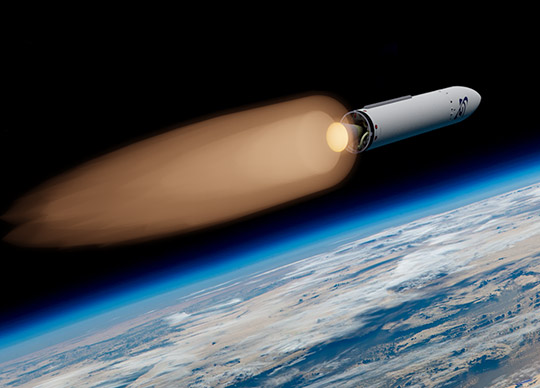 Gilmour Space Technologies has secured $61 million (approximately $47 million USD) from global investors in what is the largest private equity investment raised by a space company in Australia.

“We are excited to be making our first investment in Australia with Gilmour Space Technologies,” said Brett Rome, lead investor and Managing Partner at Fine Structure Ventures, a venture capital fund affiliated with FMR LLC, the parent company of Fidelity Investments.

“The team at Gilmour is building the leading sovereign launch company in Australia, and utilising their innovative hybrid rocket engine to efficiently address the growing global demand for putting satellites into orbit,” he noted. 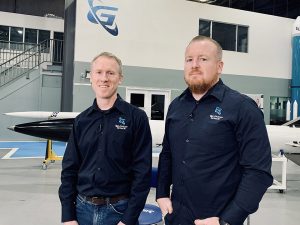 Since launching its first hybrid rocket in mid 2016, Gilmour Space has achieved a series of significant technology milestones to become a world leader in orbital-class hybrid propulsion technologies that use safer and lower cost fuels than traditional chemical propulsion rockets.

“It’s fantastic to see the global support for our mission to build and launch lower cost rockets and satellites to orbit,” said Gilmour Space CEO and Co-Founder, Adam Gilmour.

“This new investment will give us runway to launch our first orbital rocket in 2022. It will help us develop multiple Eris vehicles, grow our team from 70 to 120 in the next 12 months, build our sovereign space manufacturing capability for rockets and satellites, and facilitate a commercial spaceport in Queensland, where we hope to launch the world’s first hybrid rocket to space,” he added.

With over 70 employees in its Gold Coast, Queensland rocket facility and a growing network of 300 partners and suppliers, Gilmour Space is defining space manufacturing in Australia.

Said Rick Baker, the Blackbird Ventures partner who led Gilmour Space’s first $5 million Series A round in 2017: “It’s been amazing to see what Gilmour Space has achieved so far in proving that they can build a reliable hybrid rocket engine capable of powering the next generation of launch vehicles.”

Martin Duursma, the partner at Main Sequence (a deep tech investment fund founded by CSIRO) who led the company’s $19 million Series B in 2018, added: “The Australian space industry is attracting significant investment, and Gilmour Space is leading the way. They are hiring, training, and building a new supply chain that is driving capabilities at scale across the whole space sector.”

Indeed, their progress has attracted some of Australia’s largest superannuation funds.

For HESTA CIO Sonya Sawtell-Rickson: “This is a great example of how we’re investing to support visionary businesses take that next step in their growth and development. Gilmour Space is going where no Australian business has gone before, which can open up exciting new opportunities for high-tech industries and jobs in Australia, while helping to grow our members’ retirement savings.”

Hostplus CEO, David Elia, said: “Hostplus’ investment strategy is long-term focused, which is why we invest in Australian companies that develop life-changing technologies and innovations that will provide enduring economic and societal benefits. This unique investment presents potential strategic benefits as we anticipate Gilmour’s valuation increasing, and we are delighted to support the exciting future ahead for Australia’s space industry.”

All Orbits, All Planets

“My brother James and I started the rocket program in 2015 with the goal of one day sending humans to space. We always knew it would be a difficult journey, but it makes me proud to think that our ambition and progress have contributed to the tremendous growth of Australia’s new space industry,” said Mr Gilmour.

“Today, we are growing an amazing team committed to providing affordable and reliable satellite and rocket launches to our global customers. We’re backed by top investors, and we are proud to be supporting some of the world’s most innovative space companies as they look to create significant and positive outcomes for humanity.”