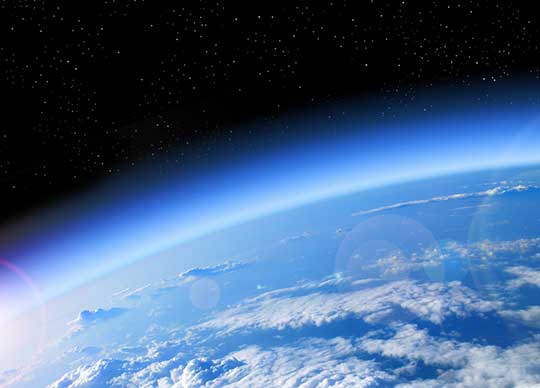 For a mid-level Space Power, like Australia, its relationship with Earth’s Satellite Layer as a Strategic Field raises a range of current and future trends and issues in terms of the direction of national policy and defence thinking.

The Satellite Layer at its simplest is composed of 6,542 satellites: 3,372 are active; and, 3,170 are inactive (Union of Concerned Scientists records of operational satellites, 1 January, 2021).

Thirty-one of the satellites are under the Australian flag of recognition. However, the United Nations Office for Outer Space Affairs’ Index of Objects Launched into Outer Space, identifies 7,389 individual satellites in Space at the end of April, 2021; an increase of 27.97% compared to 2020.

Since the inception of the database 11,139 satellites have been launched, the remainder have burnt up in the atmosphere or have returned to Earth as debris.

Now for a bit of Space Military Theory – the Earth’s Satellite Layer is broadly speaking a piece of Space geography made-up of orbits and transfers. A craft launched from the Earth, either goes into Earth Circumnavigation (which incidentally is the oldest of the Space military concepts) or it shifts into Lunar or an interplanetary manoeuvre.

The Satellite Layer is also outside of National Airspace, as such it cannot be claimed – to the extent that an orbit used by a piece of national technology (like the technology itself) has an inherent right to be free of any interference.

The Satellite Layer is also unique in that it is one Element: the Space Element (or Segment), in a set of triatic relationships with the other two Ground and Link Elements/Segments.

All independently manoeuvre in relation to each other (in the context of planetary rotation on its axis, and the much faster surrounding orbit of the Satellite Layer).

To illustrate the concept there could be tactical field communications, reaching a Human carrying a satellite radio (one example of the mobility of the Ground-Link Element/Segment), or higher-level shifting between fixed locations, or use of mobile platforms such as a naval vessel or aircraft. These are all part of the same extensive Ground-Based infrastructure.

So, any nation is faced with a strategic problem, does it have the wherewithal to successfully operate in all three Elements/Segments, only one, or two of these. For instance, a Space national strategy could be to simply ensure it has Link access to a critical satellite, that is managed by another nation. This creates a series of Space Dependency relationships which underpin the broader Space Security paradigm.

The national power question in relation to the Satellite Layer is primarily one of dependency; however, that dependency takes different forms depending on how the Space relationship is set-up. Australia historically has an extensive Ground infrastructure for maintaining access to various satellites.

This system includes Australia’s part of the Planetary Deep Space Communication and Tracking Array. It is used for Lunar, Planetary and Missions into the Solar System. So, Australia historically has been both depended-on by the United States, the European Union and other countries, at the same time it is a dependent (now seeking to develop independent capabilities).

As a regional power, it is also depended-on by regional smaller nations who rely on access to Space Launching, technology and satellite access for their needs.

Known as technology inversion the revolution towards shifting the communications infrastructure into Space has been a growing trend, reducing the importance placed on Ground-Based communications. That, however, has increased the dependency on other countries that have traditionally built and launched the satellites.

Shifting the dependence relationship is a driver for Australia’s Independent Satellite Communications Joint Program. The U.S. military’s Wideband Global SATCOM network gives partnership access to Australia. Accessing the network of ten geostationary orbiting satellites is facilitated by the US Regional Satellite Communications Support Center-Pacific in Hawaii, which is broadly responsible for planning missions in the Pacific region.

An example of how the system works was illustrated in the early 2020 Bushfire event. Australian Defence requests for support arriving in the Hawaii Center was met with allocated resources over the constellation in less than 24 hours.

However, that access is itself subject to U.S. priority needs, and can become constricted in a time of conflict, where access can become stalled due to congestion, satellite access degraded, or denied due to an attack.

The Space Systems a country relies can be based on multilateral cooperation, or these are independent, or otherwise known as sovereign systems. The later shifts the dependency balance. Representing the high-end of the triatic relationship, where all three of the Elements/Segments Ground-Link-Space are covered.

In terms of the defence/protection of a country’s satellites that is very much a progressive scale that also shifts around four basic propositions in relation to the design of the next generation of satellites that will be launched.

The starting-point, where most countries are currently at, is possession of a set of large, old, fragile, expensive and few in number satellites; divergence in this architecture can lead in three (but not mutually exclusive) technology directions:

The type of attack however has ranged from a few nations developing ASATs (launched from the Ground), Ground-Based Laser Batteries, and a variety of attack parasitic satellites (from around 2007). These have dominated the Space Element/Segment. However, the terrorist, extremist, and criminal threats-attacks since 1972, which have been far more, and more regular, have all concentrated on the Ground and Link Elements/Segments.

It is interesting to note that currently in Russia, there is a test program using the Marker Unmanned Ground Vehicle for patrol duties at the Russian Spaceport: Vostochny Cosmodrome. Using a robotic weapons tankette for this task possibly illustrates the high-threat level posed to Ground-Based Launch Facilities, from non-traditional threats such as terrorists, extremists and criminal-soldier elements that is starting to shift the security paradigm globally.