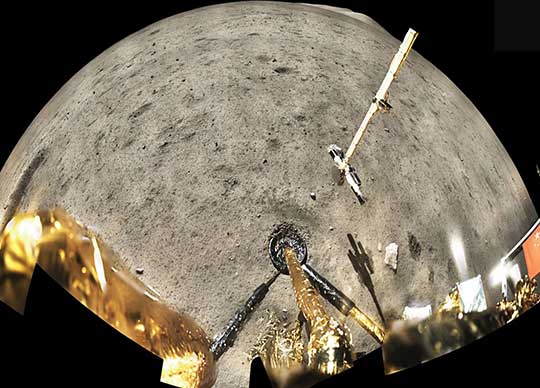 Curtin University researchers have helped to determine the age of the youngest rocks ever found on the Moon, as part of a global space mission that is working to refine the chronology of the entire Solar System.

The new research, published in Science, determined the basaltic volcanic rocks, collected as part of China’s Chang’e-5 Moon landing in December 2020, were about two billion years old – or one billion years younger than those previously found on the Moon.

The rock samples were collected by the Chinese National Space Agency during the Chang’e-5 mission, which marked the first time any nation had collected rocks from the Moon since 1976. 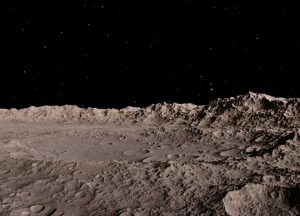 “Previously, the youngest lunar basalt rocks collected as part of the Apollo and Luna missions, as well as lunar meteorites, were found to be older than about three billion years,” Professor Nemchin said. “After analysing the chemistry of the new Moon rocks collected as part of China’s recent mission, we determined the new samples were about two billion years old, making them the youngest volcanic rocks identified on the Moon so far. This discovery puts Australia at the heart of efforts to internationalise scientific collaboration around China’s lunar exploration program, including samples returned from China’s Chang’e-5 mission and the upcoming Chang’e-6 Moon landing in 2024.”

Co-author Professor Gretchen Benedix, also from Curtin’s Space Science and Technology Centre, said the new results would provide researchers with more calibration points for cratering chronology, enabling them to derive more accurate and higher resolution ages across many planetary surfaces. “These results confirm what experts had long predicted based on remotely obtained images of the Moon and raise further questions as to why these young basalts exist,” Professor Benedix said. “The task will now turn to finding a mechanism that will explain how this relatively recent heating of the Moon may have supported the formation of basaltic magmas with temperatures exceeding 1000 degrees Celsius – and ultimately help researchers improve age dating of the entire Solar System.”