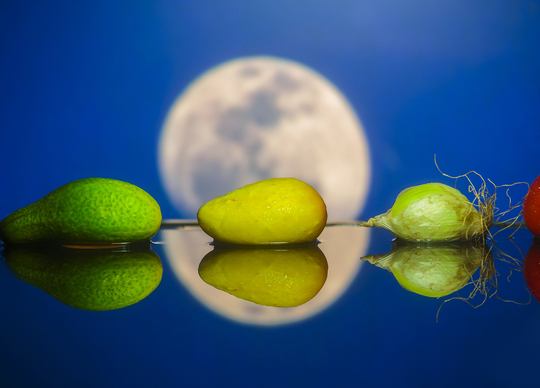 Within the next five years, astronauts will be growing vegetables on the moon with technology developed by Australian scientists.

As NASA plans for human exploration of the Earth’s moon by 2024, the ability to grow edible plants will be vital for the next steps in space exploration.

In the lead-up to the new era in space, University of Southern Queensland (USQ) scientists are developing artificial intelligence (AI) for astronauts to use on missions from the moon to Mars to grow their own fresh food.

Their mission is to develop agricultural tech software that will use sensors to detect early stress in plants being grown onboard space flights.

“(We’re) taking technologies that we’ve developed ourselves in broadacre cropping systems, using machine vision to look at the crop, determine how the crop is performing and provide that feedback to an astronaut so it just makes it simple for them to manage,” USQ’s Professor Craig Baillie said.

NASA plans to set up a station on the moon as a home base for astronauts who will travel onto other planets.

Growing vegetables on the moon is seen as the best option to feed astronauts, as other technologies, like 3D printing of food, are not yet viable.

“They still look like plants, and they still curl up and die so we need space environment signals that we can program the camera to detect the problems and fix them.”

The project includes the establishment of a larger ground-based laboratory in Toowoomba in parallel with the launch-ready system from NASA.

Team member and agronomist Jacob Humpal’s unusual passions as a child — plants and space — have now combined as part of his “dream” job.

“We’ll see if we can do it as well as Matt Damon,” Dr Humpal said, referring to the film The Martian in which Damon’s character tries to survive on Mars.

“We want to automate as much as we can to help the astronauts so they can do a better job and what things they need to be doing that we can’t automate,” Dr Humpal said.

“The first stage is to have a screen that will tell you there is something going wrong and then you can correct that and later on down the line there is full automation where the machine will take care of the problem for you.”

The robot gardener will never look like a human though, at least not in the foreseeable future.

“It’s very difficult to program a robot with artificial intelligence to behave like a human and to move like a human so it’s much more like a series of beams or an arm,” Dr Humpal said.

“We are hoping it will go to the moon within the next five years, but it will line up with NASA’s timelines and availability of launch craft,” Dr Humpal said.